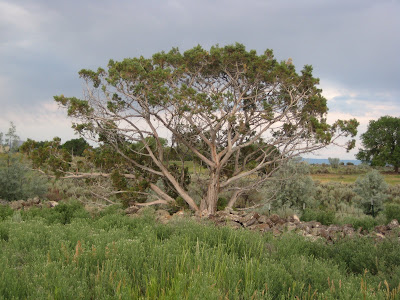 During the past couple of months, I have been engaged in a program where I have to meet face to face with Colorado town and county governments and discuss whether they have adopted building codes...or not. Among the half dozen members of my firm, we have divided the work within areas of interest or specialty. In my case, I am assigned the rural locales with no adopted building codes. The house libertarian gets the recalcitrant.

I am enjoying the task. It has taken me to places off the interstate within the northeastern portion of the state. Most of the towns are suffering from the economy. Downtown areas are assessed by vacancy rate. I have been in more than one where the ENTIRE downtown area is completely deserted. It can be a little depressing.

Conversely, I have found thriving locations in unexpected places. My favorite so far is Wray. It is green via apparently abundant water, commerce appears to thrive, and its residential neighborhoods are well kept and nicely manicured. Mayberry on the plains.

Regardless of prosperity, each seems to be driven by resolve. They cannot control big agri-business and the consolidation of the small family farm, the vacuum created by big box retail, or the influences of an electronically connected world. What they can control is their own destiny.


When asked about the possibility of adopting a building code, I usually find a concerned and somewhat confused expression followed by the question, "Why?" The discussion usually leads into a "why do I need to have government (the code) to tell me what I really already know?" I am responsible for the safety of my family and I will happily accept that duty.

I call this "rural sensibility". As I interview these folk, I deduce that they are of hardy and intelligent stock. They have chosen to live in remote locations, absent of government services and conveniences. They are tough by attrition. You cannot survive here if you cannot think and do for yourself. The conditions can be harsh and these folk must surmount any obstacle that arises.

This process has affirmed some of my thoughts on the progression of building code regulations in the United States. The codes have increasingly become more restrictive and detailed. I have previously stated that the codes are becoming much more urban centric, catering to a populace that usually isn't required to constantly contemplate daily survival. When one is not thinking, one needs to be directed through comprehensive code requirements. On the other hand, the rural areas either don't adopt codes or essentially ignore them through marginal enforcement. They don't need to be told what they already know. 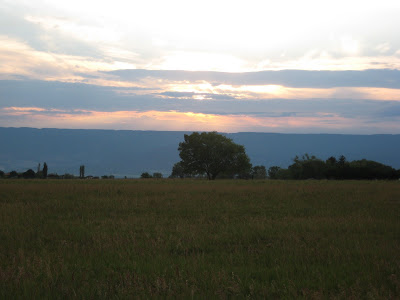 My wife and I have just returned from a several day camping trip on our land in Hotchkiss. We were schooled by our neighbors on the nuances of taking "free" irrigation water from the large run-off prior to the ditch company switching to allocation only. We observed the meadow turn green as the furrows were flooded one section at a time. We marveled at the land's fragility and fertility simultaneously. Most importantly, we witnessed proper stewardship that isn't directed by a government overseer. You either act and thrive...or perish. That is invigorating.
Posted by Tom Meyers at 3:06 PM

Count me among the recalcitrant rural minority folks. Mike from Carbondale.

hello there! i am very happily stumbled upon your blog! my husband and i have recently moved to columbus ga (not a far jaunt from where we started but nonetheless) purchasing land and hoping to build a cob home. i learned from ianto in oregon...and then built a couple structures on our land in athens ga...(our previous homeplace =)). the building codes are more stringent here and i am in search of help! if you could give me some pointers i'd so appreciate it! i tend a blog about cob...though not very well http://residentialrenaissance.blogspot.com and my email is claredms@yahoo.com thank you so much!

Sounds like an oxymoron. This blog is intended to provide a little insight on green and sustainable building practices from a building official's perspective. I tend to be a little more "liberatarian" than my counterparts. I am actively working to see that innovative housing is not inhibited by excess regulation and overzealous attempts to dictate "individual safety".

Tom Meyers
Hotchkiss, Colorado, United States
I am a building code regulator, active in the revision of modern building codes (boring). I am concerned about the effect regulation has on the production of affordable and sustainable residential construction in the US (not quite so boring). I am the building official for the US Department of Energy's Solar Decathlon from 2005 to date. I recently served as the Chairman of the International Code Council's International Residential Code B/E Committee for the 2006-2012 editions. I temporarily reside in the Kingdom of Saudi Arabia where I assist in providing safety for buildings, as well as promote energy efficiency and use of sustainable materials. Upon completion of this assignment, I plan to return to Colorado and build a net zero home...allowing myself and my family freedom from a utility grid tie and the politics that come with it.